Augustine Okrah was one of the best players of the season that just ended in the Ghana Premier League. He finished the tournament as the third best scorer with 14 goals while Bechem was third on the list behind Asante Kotoko and Medeama FC and reached the MTN FA Cup final.

Okrah was a standout performer in the recently concluded Ghana Premier League season.

Bechem United President Kingsley Owusu Achau hinted last week that Simba had enquired about his star player, with Okrah confirming to the Daily Graphic that this agent had made progress working on the deal.

“There has been an offer from Simba Club of Tanzania, and as of now my agent is working around the clock to finalise the arrangements for me to leave the shores of Ghana,” said Okrah.

For now I can say that the management of Bechem United is aware of the arrangement and I am hoping that it goes through smoothly for me to join Simba Club of Tanzania to offer me an opportunity to take my career to another level,” he said.

Even though the attacking midfielder had previously played for clubs in India, Sweden and the Sudan, he says he cannot wait to jump onto the exodus bandwagon again as age is not on his side to fulfil his career dreams.

“I am now aging, so with this offer I will gain something [money] to undertake some investments to provide security for me and my family in future,” he added. 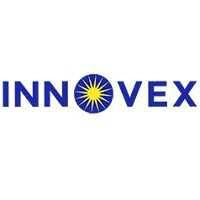